Fifteen pounds of chocolate, two quarts of cream and another pant size later, we have gotten ourselves past our third Death by Chocolate event. The North Dakota Girl Scouts put on this fundraiser every year. This is the third time I have competed. Raspberry Brownie Cheesecake Bites were our first attempt. We received second that year. The next year the competition was a bit stiffer. Our Little Death chocolate mousse in lace cookies cups were really more interesting than the cheesecake, but didn’t make the cut.

This year we experimented with truffles and brownies. 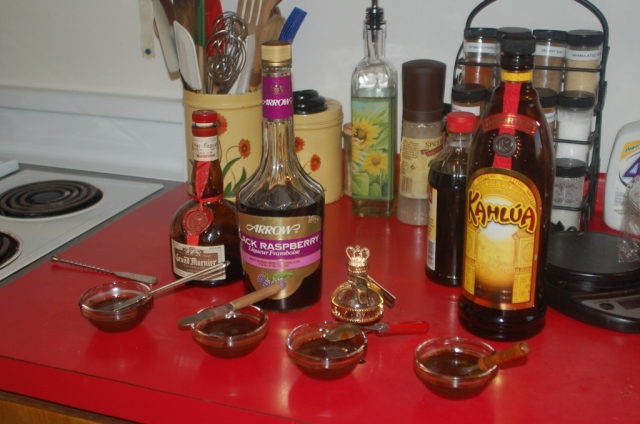 Then the ganache had to be scooped into 220 tiny balls.

Of course, to be sure my carpal tunnel syndrome is kept in shape, each of these itty bitty balls had to be hand rolled to smooth them.

Then they were tucked into small squares of fudgy brownie and dipped in ganache. 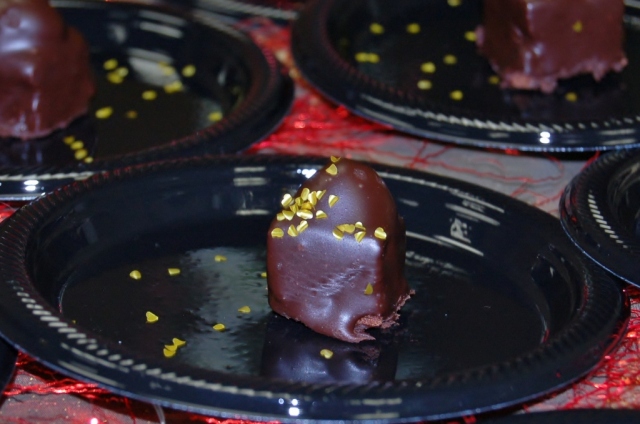 A dusting of fleur de sel (sea salt) and edible gold glitter finished them off.

Mark and I had a good time visiting with the other seven chefs – a loosely used term here as some really were chefs, others were simply bakers like me. There was only one winner this year (not me!) but I was satisfied that we made the top half (I think!) and lots of people came back for seconds ;)!

Now to get chocolate off of everything in the kitchen from the scale, to fridge door to shelves, etc. Chocolate is very messy stuff!

This entry was posted in Baking and tagged chocolate, girl scouts. Bookmark the permalink.